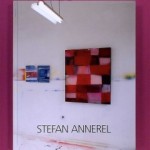 What You See Is Never What You Get: The Art of Deception

I.The belief in the possibility of objective perception, of collecting reliable perceptual data, has long been abandoned. Man is no longer the centre of the world; his manipulated eyes are no longer the instruments of his power. Today, seeing truly is believing, but not in the sense of knowing: seeing has become a matter of pure belief. This does not mean simply that perception is challenged by its evil twin brother deception, by tricks of the eye: such an understanding would imply that perception is a threatened but still workable concept. Today, perception has become deception. The eye is a trick of the eye.

It is possible to stare at abstract patterns or forms for such a long time that images appear: a face in a piece of wood; an animal in a block of marble. This is perception in overdrive; the blind recognition of man craving for a knowable world. But the opposite is also possible: to focus so intently on objects, or images of objects, that their meaning blurs—that they are no longer recognisable as what they are (or what we think they are), but become mere abstract patterns. This is perception come to a stop; the visionary blindness of the man of forms—of the artist perhaps.

II.The latter strategy is the basic structure which underlies the work of Stefan Annerel (b. 1970). Annerel isolates motifs which he borrows from everyday, vernacular imagery: advertisement photographs, textile patterns—in fact any image trouvé in which he finds an unwilled referent behind the image that triggers his fascination: the abstract interest of a (once) figurative fragment of reality. The artist blows these fragments up to such a size that their already strained relationship with the real, visible world (or what we perceive as such) becomes even more precarious: his works are
formidable but fragile fragments of a broken reality with which we are loosing touch.

Looking at these blown-up fragments, the viewer treads in the artist’s footprints, but in the opposite direction: he does not find abstraction where once was plain reality, but strains his eyes to make them remember the figurative reality behind these images. Looking at Annerel’s work, is balancing between seeing and not yet seeing; it is anticipating the sudden shock of recognition which is bound to come—but doesn’t; it is trying to remember a word on the tip of your tongue that just stays out of reach from a faltering memory.

III.The concept of memory is essential to our everyday visual praxis: it is what enables us to recognise and to compare—to know things (or to think so). Unaccessed memories remain indistinct and formless until we evoke them in our mind and recompose the bits and pieces taken from the reality of which they are made: our mental focus brings them from a status of abstract entities to one of clearly demarcated figurative realities. Annerel’s memory, not unexpectedly, inverses this logic. It is an ever amassing compilation of fragments from magazines, photographs and pictures, which he jealously guards in a treasure box, like long cherished souvenirs. His focus on these images, however, does not make the reality to which they refer—which they depict—more present: rather, it renders it irrelevant. Annerel’s act of remembering is an act of abstraction.

A forgotten name or word will never come back to our mind by trying to remember it too hard. Only by wilfully forgetting the word or name (as it were, a second time), is it possible to retrieve it from our memory. It is, conversely, possible to focus so hard on something, that you no longer know what you are focussing on: that the image in your mind does not become clearer but blurs. You can concentrate so hard on a particular thought, that you loose the thought, that it detaches itself from you. Blurriness, therefore, is not necessarily the contrary of clarity: it can also be an extension of clarity—a clarity so consistently and radically sought after, that it evaporates. There exists a focus, in other words, either visual or mental, that is too intense to see what is usually seen. This is the focus in Annerel’s work; this is the mechanism of his memory.

IV.The viewer’s hesitating identification of the fragments of reality in Annerel’s works constitutes only the first stage in an elaborate game of cognition and recognition. The stakes in this game are higher. They concern the very relationship between image and reality—the heart of artistic practice: the illusion that makes fiction and reality merge seamlessly. There are, however, two types of illusions. Firstly, there is the illusion that relates to reality: the trompe l’œil, which makes it possible for a work of art (say, a painting) to claim to be real rather than artificial. This is the illusion that deceives the eye and tricks it into seeing the depicted reality rather than the work of art, in seeing a landscape painting as a landscape and not as pigments on canvas, or seeing an idea formulated in abstract forms as the idea itself and not its visual expression.

Annerel’s work is only indirectly concerned with this sort of illusion. At the heart of his work lies a paradox that is central to a second, more important type of illusion. The essence of this paradox is that the more something resembles reality, the greater its illusive power is. The closer a work of art comes to reality, the more successful it is in its artificiality, and therefore the more it distinguishes itself from reality. An illusion of the second category does something with this paradox. It is an illusion that not only concerns reality, but which reflects on its own deceptive qualities and their paradoxical, double-sided nature. It deals openly with the relationship between what seems to be and what really is; and in doing so, it is both itself an illusion and it glosses itself as an illusion.

V.Annerel’s illusions belong to this second category. Their deceptiveness does not lie in their pretending to be something they are not, but is total. The artist’s works present themselves as transparent and easy on the eye, but they are double-faced and can’t be trusted. They pose as abstract pieces, seemingly avoiding the problematic nature of figurative art’s elusive relationship with reality. In reality, however, they are fragments cut from reality, blown-up to such sizes that they become larger than life—too real to see and understand rather than not real enough.

In the same vein, Annerel’s works seem analytical. They seem to show the threads, even the fibres, of a piece of tissue, and to duplicate in their multi-layered richness the tissue’s three-dimensional weaving pattern in macroscopic vision. They seem to penetrate into the very structure of the matter they depict, laid open for our eyes. In reality, however, they are based on fragments of images or photographs—on the immaterial flatness of almost microscopic pictures and not on the structural configuration of reality. Their analysis is, therefore, an analysis of the surface; their science is the science of deceit.

VI.The multiplicity of Annerel’s illusionism is also reflected in his working method. The artist carefully constructs his works: he copies his motifs with paint, paper, plastic or other materials, which he applies in various layers, each of them covered with a thin film of transparent resin. It makes work slow and cautious, and calls to mind the technique of glazing in traditional oil painting: the application of a number of thin, oily layers of colour on a canvas or a panel, which results in an almost perfect illusionism. Annerel’s layers of glaze, however, do the exact opposite: they are not concerned with illusionism, but with actuality. The depth they create is not illusory, but real and (almost) tangible: we sense the actual depth of the painting, as our vision is blocked by some of the layers and penetrates through others.

Yet the impression of the traditional academic fini, created by the shiny, smoothly polished top layer, strips Annerel’s works of their tactility and thus negates their depth. Once more, we find ourselves, or rather imagine ourselves, looking at a perfect illusion—an invisible window that opens to another, perfectly re-created reality. The logic of pictorial make-believe is thus reversed. Annerel’s works are not two-dimensional images that pose as three-dimensional reality; they are, and do, the opposite: they have a real, literal depth, but create the illusion of being flat. Thus, the shiny, almost radiant transparency of these works’ top layer is just another trick: it is opacity cleverly posing as transparency.

VII.The whole of Annerel’s work engages in this deceptive play of fact and fiction. Bands and dots of colour or other small details seem to be on top of other elements, but are actually underneath. The question of what is real and what is not, is thus no longer a matter of distinguishing between reality and its representation: it has been integrated into the work of art itself and now relates to its own structure as art, not as a representation of nature. Still other parts of Annerel’s works, sometimes larger areas, seem to be made with tape or plastic foil, but are actually painted and only meticulously imitate the materiality of the other components these works are made of. The play of mimesis no longer concerns the reality around us, but the material of these works of art: this is not artifice posing as nature, but posing as other artifice.

This is where the artist’s elusive illusionism comes full circle. Here, illusionism is no longer concerned with the world outside, as seen in the mirror which a work of art is: illusionism now holds up a mirror to itself. Annerel’s illusions are no translucent passageways to nature; they are glossy glosses written in their own margins. They are not hearsay evidence of a world we once thought we knew: they are visual double entendres hopelessly trying to grasp the meaning of their own words.